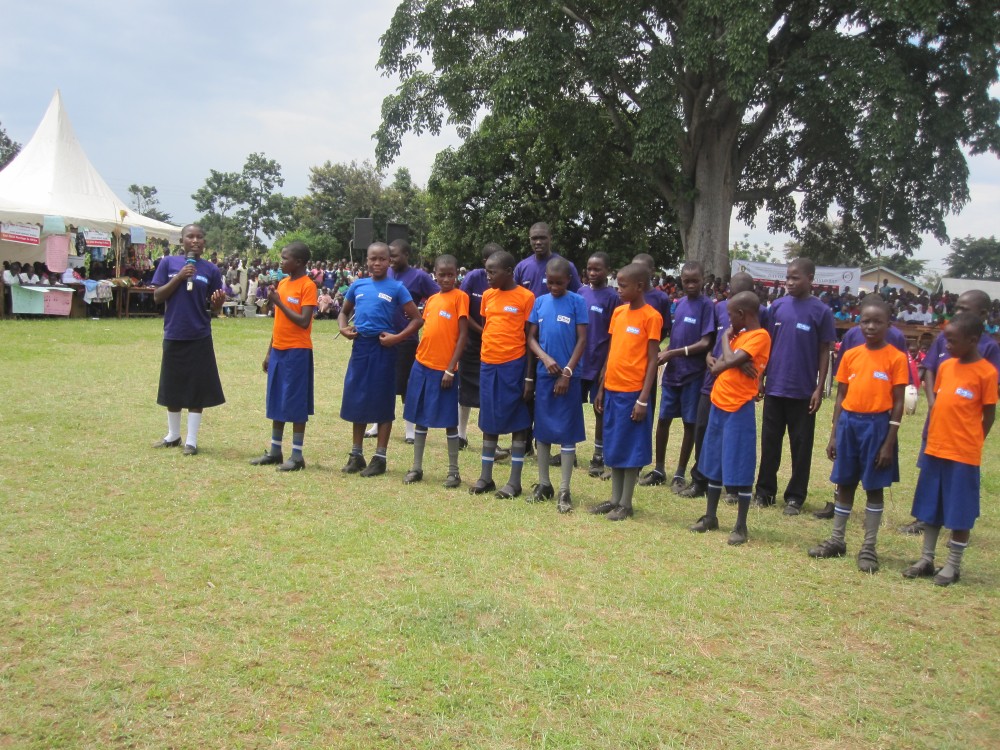 The day of African child is commemorated every year on 16th June in the memory of the 16th June 1976 students uprising in Seweto, South Africa during which students who marched in protest against the poor quality of education were massacred by the then apartheid regime.
This year’s celebrations were under the major theme “Accelerating protection and empowerment of children for the equal opportunities by 2030”. In Tororo, celebrations were held in Per Per primary school ground, Sop Sop Sub-county. This event attracted close to 30 primary and secondary schools, a number of Non-Governmental Organizations, political leaders, church leaders and government organs like police.
Kimbilio Schools sent a delegation of 20 pupils and students accompanied by the Director of Education; Grace Koelewijn, Director of studies kimbilio primary school, Oima paul and Administrative assistant-Mission office Joshua Hajusu.
Prior to the celebrations, a dialogue meeting was conducted among the participants and partnering organizations to choose the children’s chief guest. We are glad to inform you that our pupil Kirabira Lilian Ritah was chosen as the chief guest speaker. in her communication, she cautioned parents against child labour, child neglect, abuse of children’s rights, using children to amass wealth through prostitution, early marriagee among others.
The guest of honour, Hon Sarah Achieng Opendi, echoed the children’s voice by encouraging parents and policy makers to be vigilant and report any issues related to child-neglect and child-labour ( abuse). She thanked the organizations that partnered and to make the day colourful. Some of these organizations were; Heart-for-children-Uganda, Smile-Africa, Plan-International, World-Vision, MUCOBADI, Future-Generation, Children-I-Organization, Compassion-International, Hope4Kids-International among others.