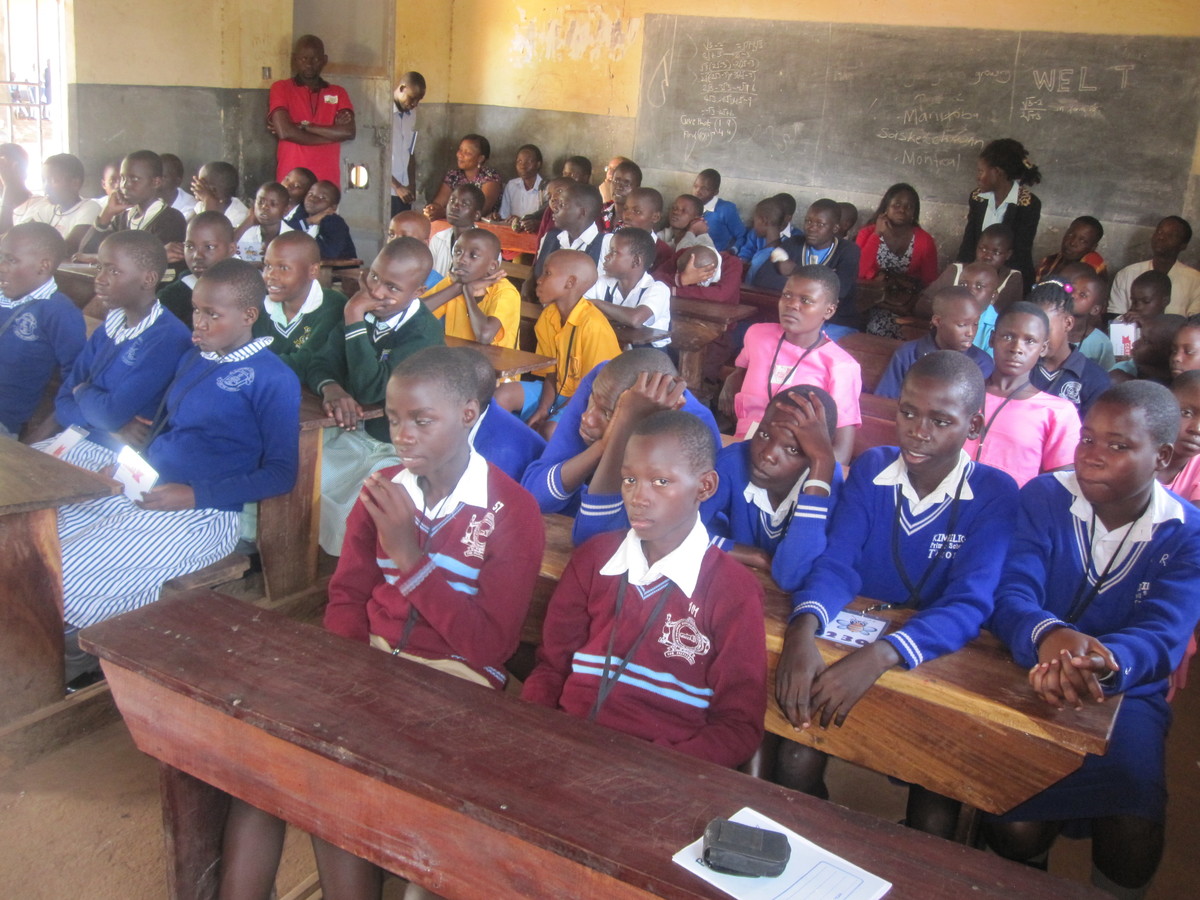 The spelling bee competition started three years ago. It is aimed at helping students and pupils in both government and private schools improve on their English through spelling the given words under competitive conditions. These competitions are organized annually at regional and national levels. The winners at the regional level qualify to participate in the Enjuba National Spelling Bee competition.
This year’s regional competition for Eastern Uganda was held on 30th June 2017 at Great Aubrey Memorial College, a school in the neighborhood. Out of the 24 schools that participated in this competition, Kimbilio Primary school was part of them; we sent a team of 15 pupils accompanied by Teacher Angura Julius, the Director of Studies Kimbilio primary school and Mr. Hajusu Joshua,office assistant,Heart 4 children.
This competition has a number of screening levels, at each level, there are pupils that are dropped and others forwarded to the next level depending on their performance at each level. The words spelt at each level vary; from simple words to complex words. It was exciting that two of our pupils; Kirabira Lilian Ritah and Owino James managed to go up to the last level of screening and eventually lost to their competitors- Tororo Parents primary School.
Though a bit disappointed, our pupils came back more determined to work harder in the next year’s competition considering that they had lost in the final screening level.