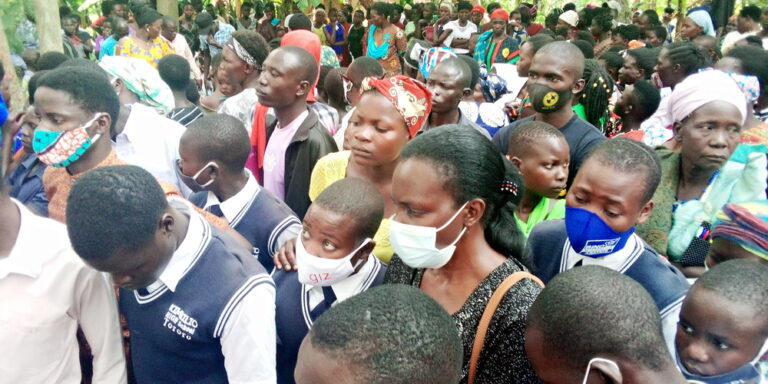 What a terrible call that we received about the death of our dear Kimbilio daughter Akongo Patricia S2!
As Kimbilio family, we learnt of her death on 13th March 2021 when one of the family members informed us that she had died on 12th of March. We were deeply saddened and so much troubled about the cause. Patricia was recruited in the program as a younger girl and had grown up with us until she was twenty years old.
She was staying with the paternal grandfather who is a retired headteacher.
It was due to COVID-19 that Patricia and her Kimbilio colleagues left the school after theCovid19 closed all the schools in Uganda on the 18th of March 2020.
According to the family, Patricia was coming from Kampala and was to reach Tororo a bit late and indeed when she reached Tororo town at around 21:00Pm, she branched at the petrol station where the guard there told her of staying there since it was very late but she said, she was calling the boda boda man to pick her and only to hear the following day that Patricia was murdered and at the same time gang raped and left her the way she was born. It was unfortunate to loose her presence at this tender age but all in all, it is God gives and takes away although out of pain.
Both Kimbilio Headteachers, teachers, Directors, other staff and fellow students joined the family to pay their last respect and send off her body.
After from the above, a lot of mourners from various corners turned up and they praised Patricia for being such a good and polite girl.
Among the speeches, was that of her real grandfather who appealed to the age mate of Patricia to focus and be near God so as to live longer. Director Kimbilio didn’t have much to say due to a lot of sorrow but only told people had grown up from the time they picked her from the village and was moving on well with her education. Paternal aunt thanked Kimbilio for having taken care of Patricia and said Patricia was born alone from her mother’s womb even though later discovered that has another sister that the late brother left.
Finally, Rev. Masaba Paul gave a message to the mourners in the book of Genesis 4:1-13, about Cain killing his brother Abel and how God was asking Cain that where is your brother? But Cain answered that am i my brother’s keeper? The preacher emphasized that are we always our brothers’ keeper? and requested whoever has that kind of heart and not saved yet, to turn to God and confess his or her sin”. He added by appealing to the young people to fear the night as it has a lot of issues.