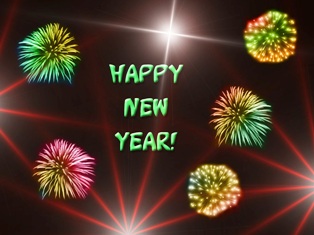 We can now look back to lots of blessings in 2009
When we look back to the events of 2010 we have a sense of great satisfaction.
Surely there have been challenges, but overall we have witnessed Gods hand of blessing over our lives and ministry.
In January we were touring Europe and the USA after which we jump started trait into a pile of work in Tororo. Underway we picked up Aluisia Jouch, a German volunteer who helped us in our vegetable garden for about 6 months.
When we came back we laid the last hand on the rooms for the new children and the new class. Almost immediately the children reported back and this was soon followed by the reporting of 24 new children. Also a new teacher was recruited. He is Paul Oima, a nice young man who supplements the team nicely with his male input (as the other teachers are female)
While the fresh children were getting used to their new environment, the builders were finishing the outside of the buildings, bringing it to it’s full completion.
The beginning was made for the foundation of the next school building but this was faced with a lot of problems. The rock surface that makes up most of the landscape of Osia was rather a challenge to deal with. To cut the long story short, it was not until later in the year in September that we were finally able to cast the first foot for the columns for that school block!
Then we had teams, lots of teams!
We had a team from Germany with a group led by one of our German Board members; Dr. Eberhard and his family and a family friend. They actually build the 1st bedroom block of the second dormitory.
Then we had the Weigele Family group. Matthias Weigele, one of our corporate sponsors, came with his children and parents. Together they build the 2nd bedroom block of the 2nd dormitory.
Then we had a group from the Rock-of-Roseville church in California. They managed to build the 3rd bedroom block of the 2nd dormitory.
Thereafter we had the Dutch �Eccostyle� group arround the 30th of June. They build the solar reflector which is the start of our intended solar kitchen.
Right now, the 2nd dormitory is not completely ready, but the 1st block of 4 bedrooms are and that is what we will need to start the school term on the 30th of January.
Even the new class-room-block is not yet ready, but we will have at least one more classroom ready for the fresh P1 class.
As for the children, we saw a fresh breakthrough of the God’s power in the children who spontaneously started praying and fasting which caused some children to be completely delivered from evil spirits which they had brought from their homes due to which-craft.
In a year where the whole world was faced with the credit crisis, God, through many of you provided for all we needed and we were able to continue to expand with all the buildings and new children.
We thank God for you our supporters and for his continuous protection and provision.
Therefore we look forward with confidence that the same God who called us to do this ministry to the helpless will continue to fulfill His purpose through us and you, our friends and supporters.
We wish you a very prosperous and blessed new year!
For more,Click Here