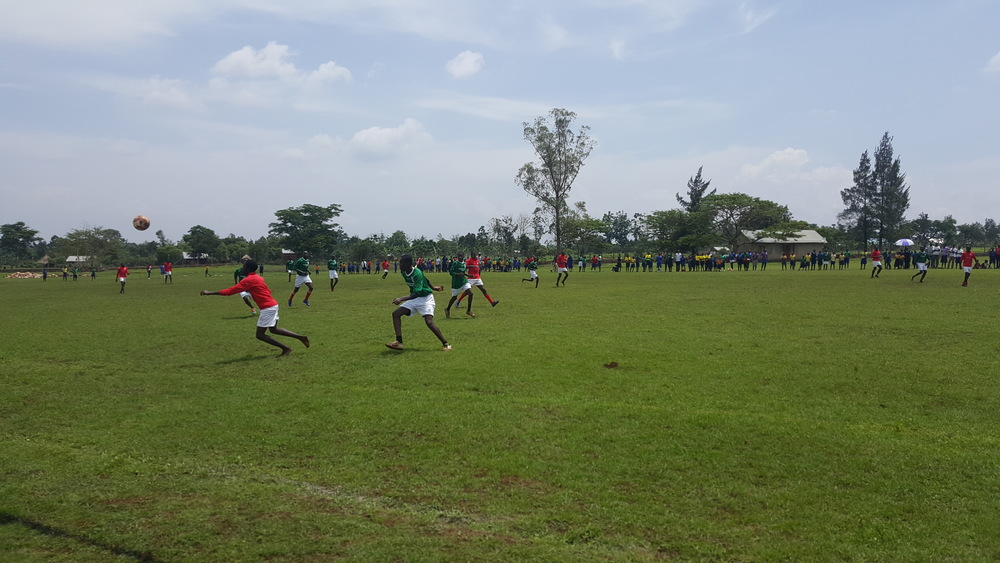 Besides academics, our pupils and students are also encouraged to participate in sports and other co-curricular activities to enhance their talents. Many times, our children have been invited out side to participate in various games and this has exposed them to various different social groups.
At this occasion, Kimbilio schools hosted the Generation Of Hope school from Chawolo that one day hosted us for friendly matches.
Both primary and High school departments from both sides, participated in games and other activities as they were organized and agreed up on by the games masters. This sports day took place on Good Friday 30th March 2018, at Kimbilio play grounds.
Both girls and boys participated in great day of it’s kind, as it kept these children from boredom. 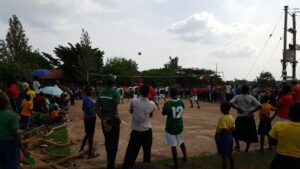 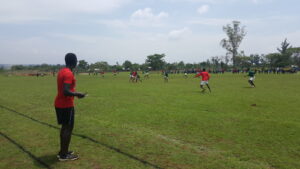 The games that were played included; Foot ball by both girls and boys,  netball, volley ball, athletics and the other activity was the soda drinking competition, which was between the staff and children.
Both teams tried to show their ability by at least winning one or two games, though Kimbilio, the host won most of the games.
This was how the two teams managed to score; Secondary boys’ foot ball both scored nil, primary boys’ foot ball Kimbilio won by five to two, secondary girls’ foot ball was both nil, and the same to primary girls’ foot ball. 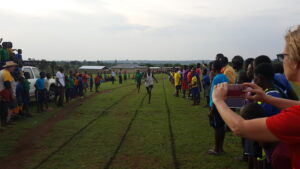 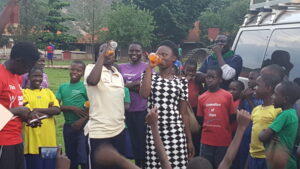 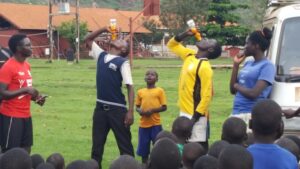 The day was colorful and more of fun, that left both organizations entertained and happy.
The purpose of Organizing that was to make the learners be happy, bridge strong relationship with others, have interest and enjoy sports as career.
In summary, our sports teacher Mr Obbo Moses, 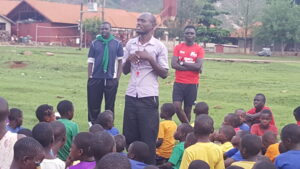 greatly appreciated all the participants for having endeavored to turn up and those that supported it’s happening and promises in future to continue organizing for more, that will help children explore their talents for the best sports performance both with in and out side Tororo.
We request that you pray with them and where possible you can support them in whatever way.