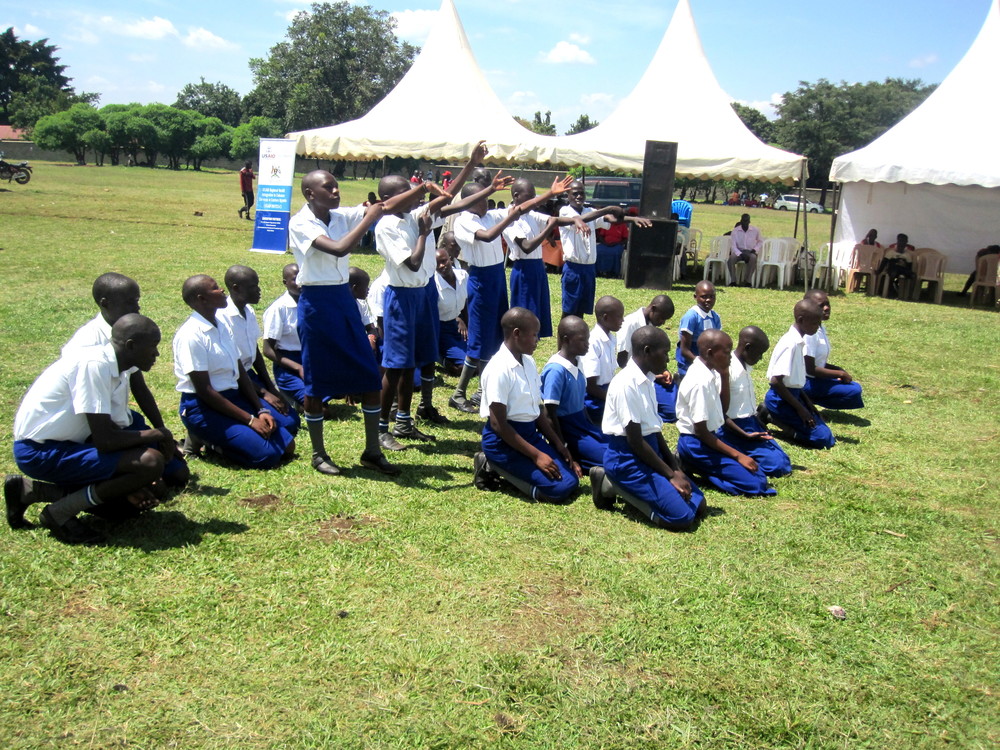 Kimbilio children once again were invited to be among the participants of this great occasion of commemorating the “World AIDS day”.
A total of around 28 children, were accompanied by their Teachers Owori Ivan and Odongo Denish.
Kimbilio children officially opened the platform by performing a poem and two other songs that were sensitizing and imparting knowledge in the guests about the dangers of HIV/AIDS, and how people should endeavor to use the preventive methods in fighting it’s occurrence. Indeed, the message left the audience trying to ponder.
Alongside kimbilio, there were many other schools and organizations like ‘The AIDS Supporting Organization’, Uganda People’s Defense Force doctors, Compassion children, among others.
The Ceremony was organized by Tororo District Local Government together with other development partners like the ones already mentioned above.
The venue was at Lions’ children park.
But this year’s Theme was “Reaching to men and young boys, Girls and young women to prevent new HIV infection”.
There were various service offered freely by TASO and Uganda People’s defense Force doctors of testing HIV, other related diseases like Diabetes’ sickle cell, blood pressure and indeed many responded to the call.
The guest of Honor was none other than Honorable Sarah Opendi, who is the state minister for primary health care and in-charge of general duties. In her communication, she thanked all the partners who made that day colorful. She also urged people to always go and test their status so that a person lives while knowing about his or her life. She said the Government through ministry of Health is working hard to save it’s people.